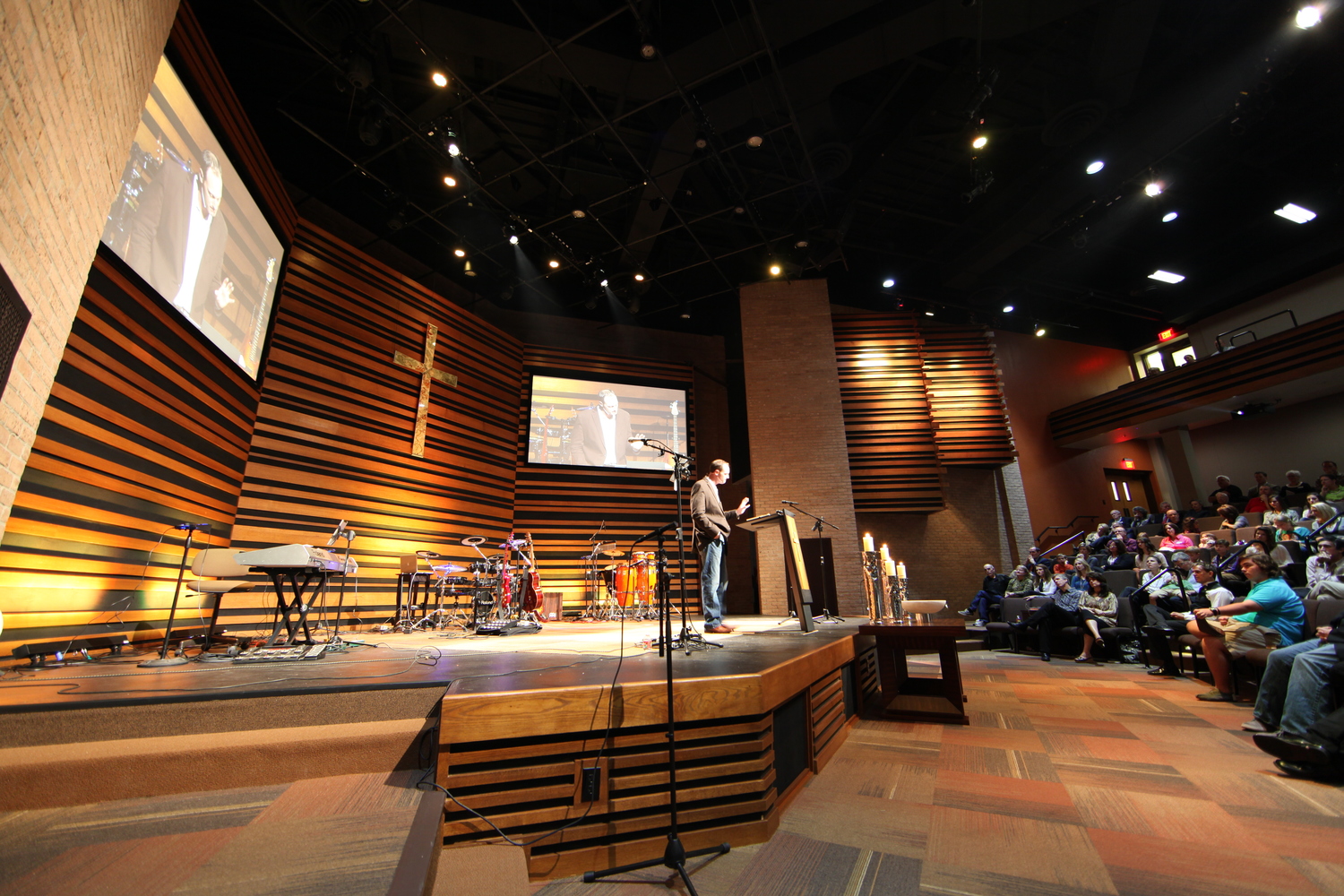 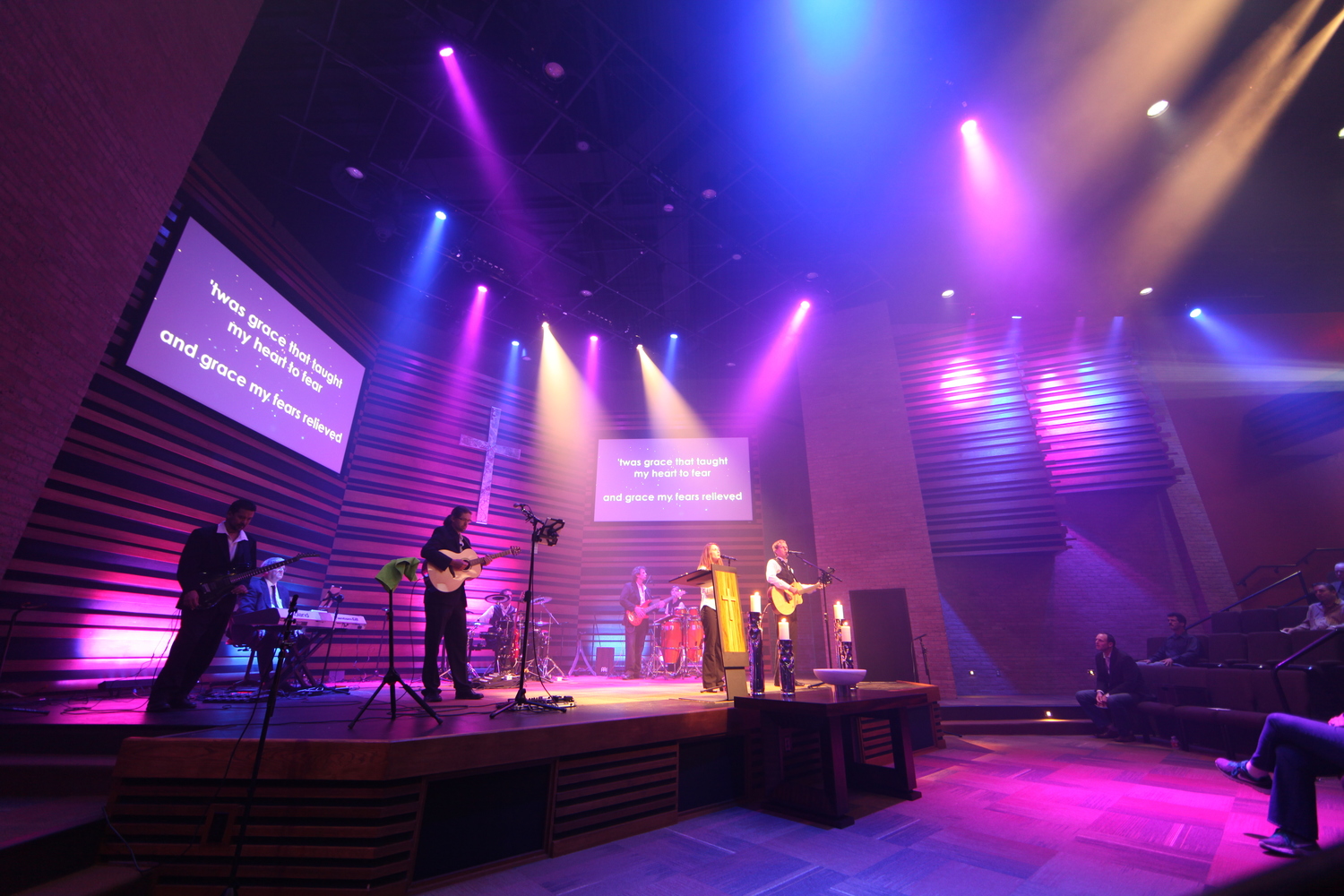 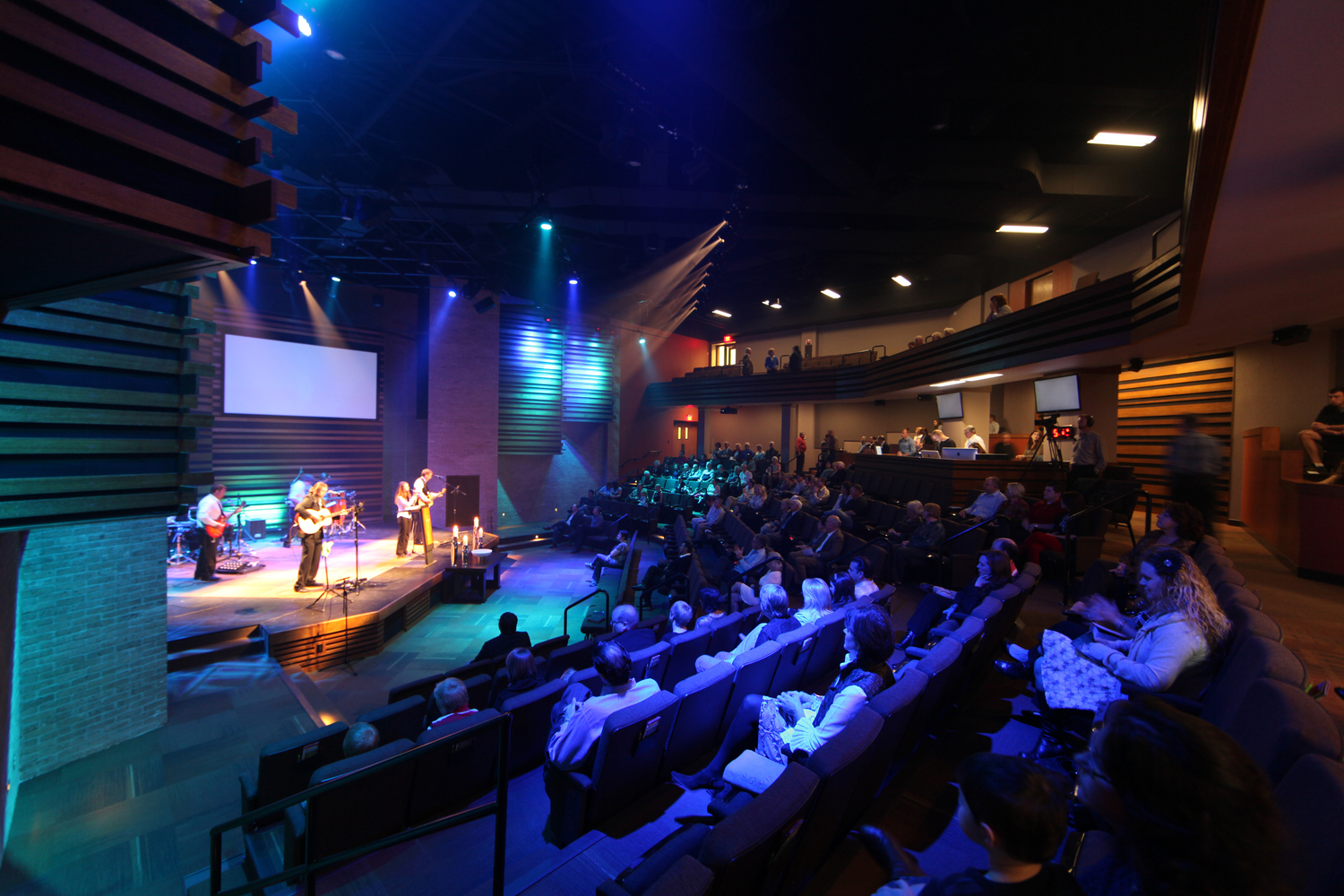 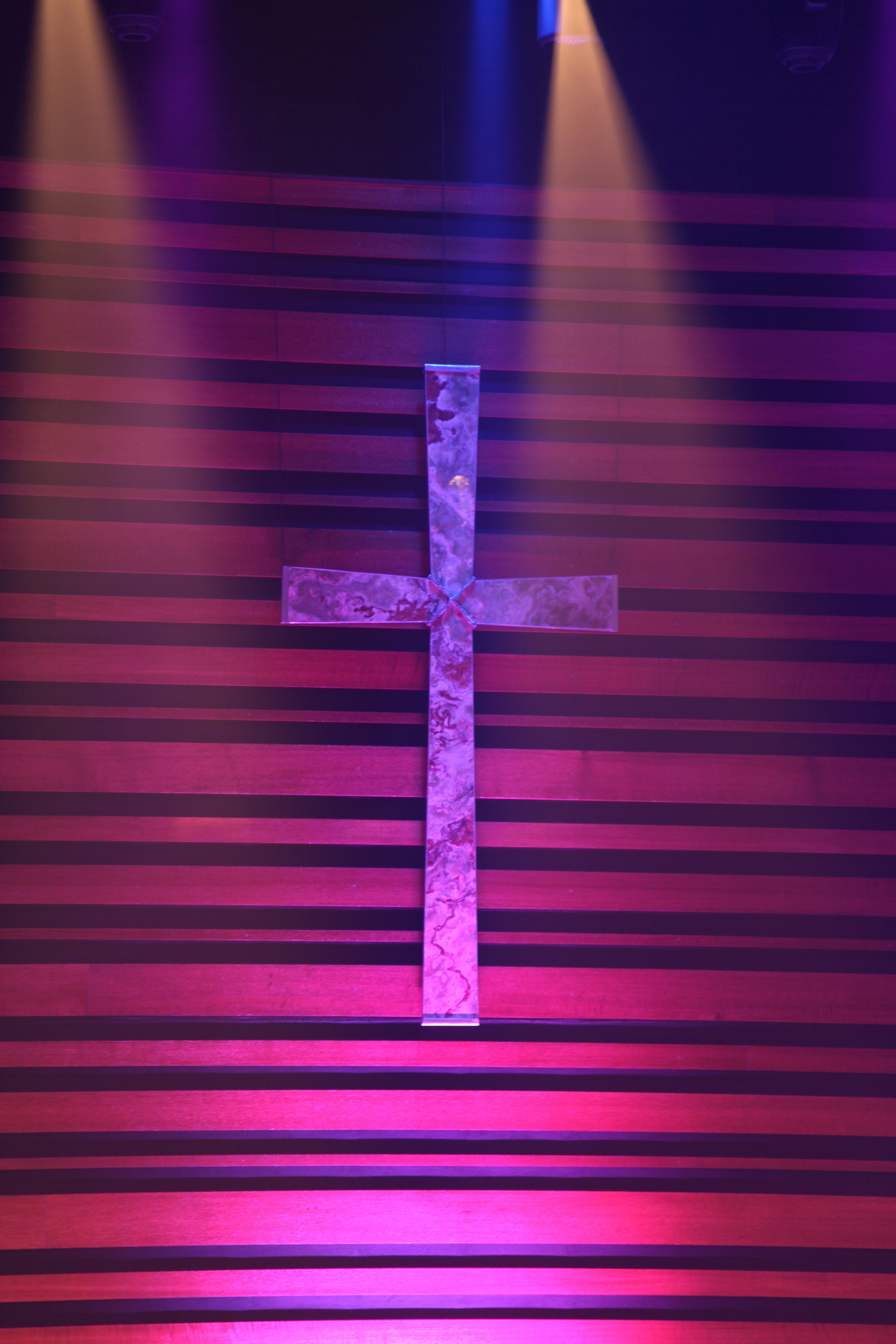 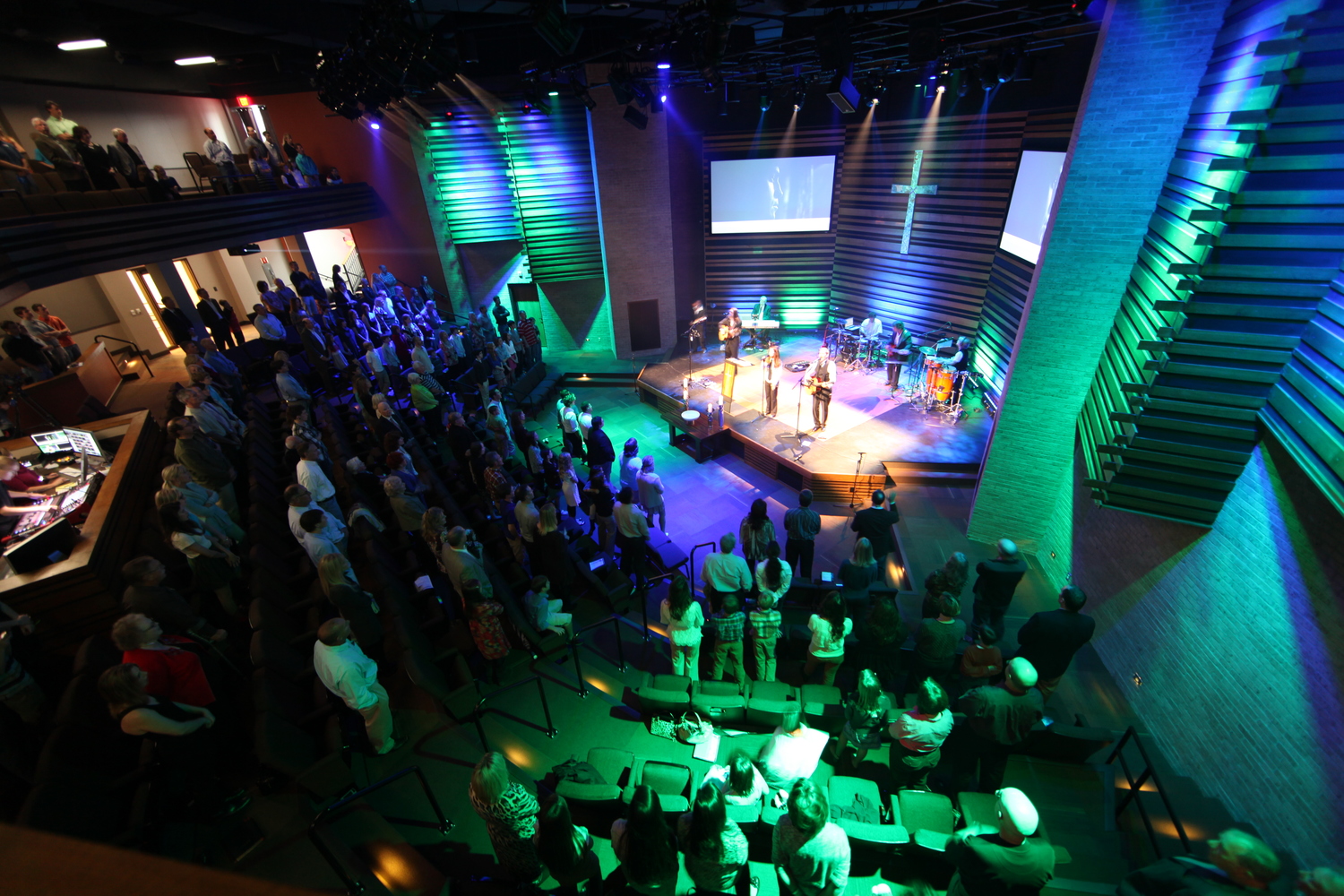 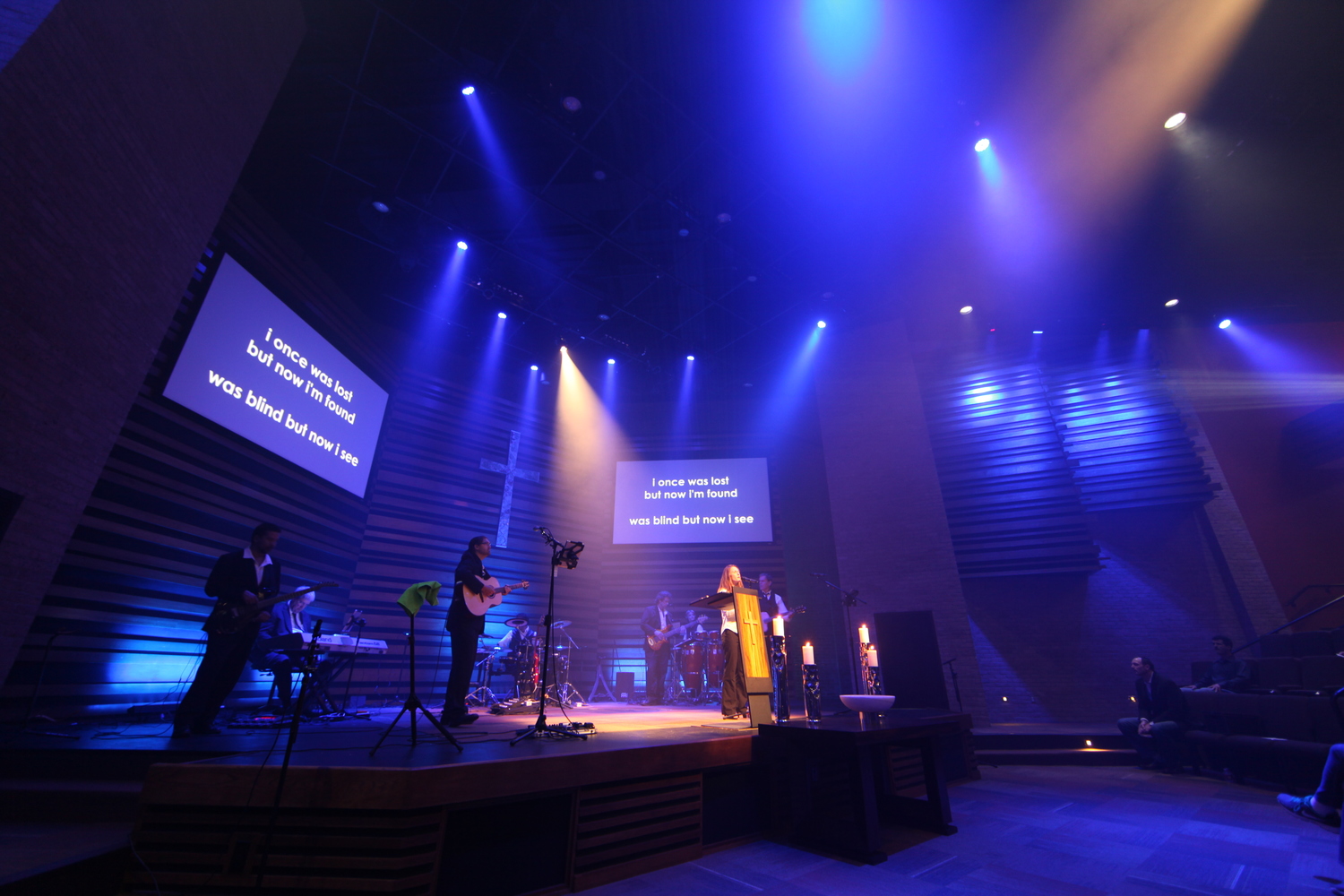 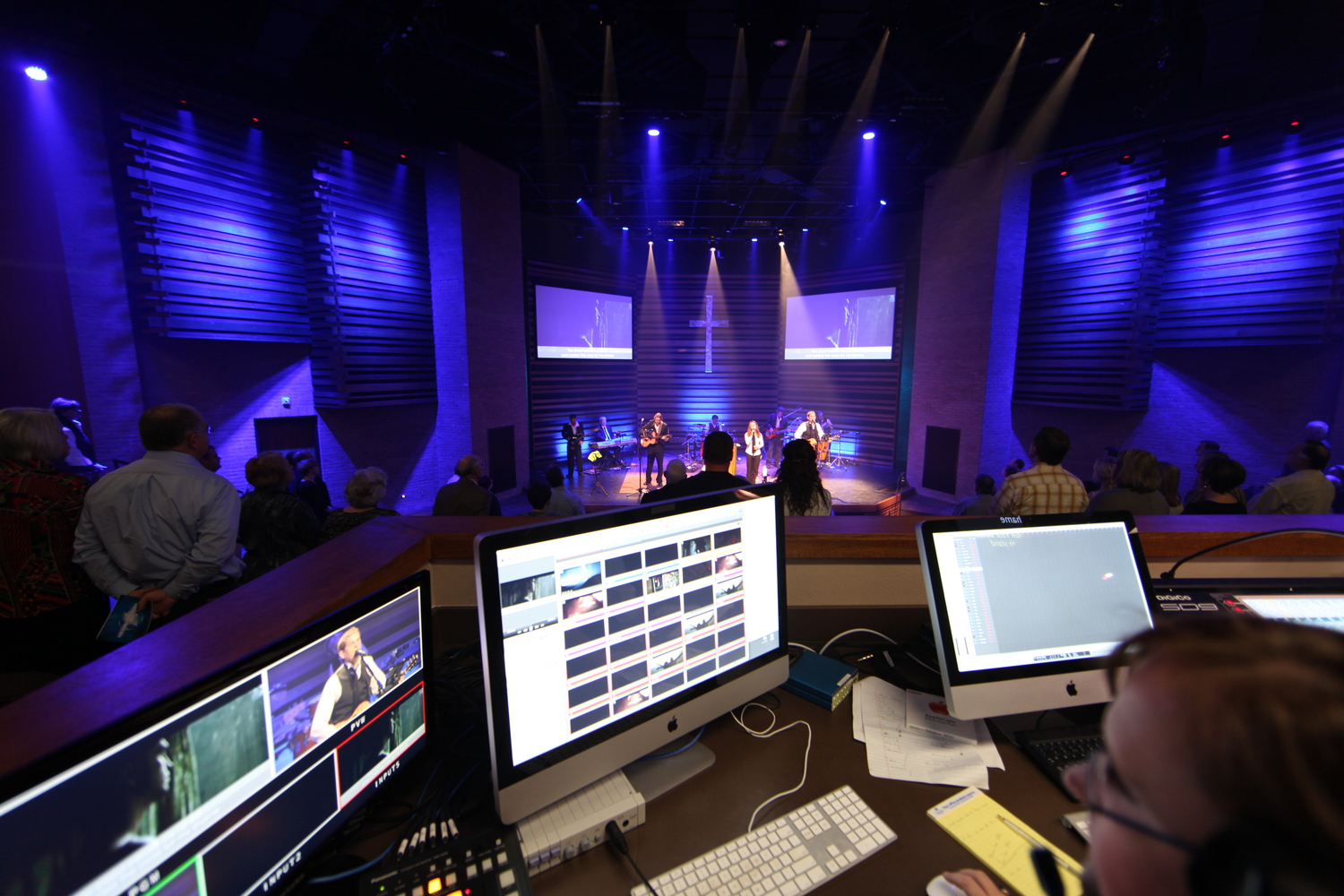 Butler Architectural Group was originally selected by Marvin United Methodist Church in 2010 to provide concept design for a new youth facility.  As part of that work, the need for an updated space to house the growing CORE contemporary worship ministry was identified.

After several months studying the feasibility of repurposing the church gymnasium, the building committee decided to simply renovate their existing Herd Auditorium.  As design work began, Butler architects suggested the Owner consider modifying the room to include a balcony.

The additional seating in the balcony accomplished the goal of providing space for growth and, by reusing much of the existing infrastructure, the cost was substantially less than the gym renovation.  The Owner readily agreed to the plan, which included a new stair tower at the exterior.

Though the CORE worship is contemporary in nature, Marvin UMC is one of the oldest churches in Tyler.  As a result, the Owner desired for the interior design of the space to utilize traditional materials and colors in a contemporary way.  To accomplish this, the architects made extensive use of stained wood slats, in many cases concealing acoustic treatments, and maintained a subdued color scheme throughout.